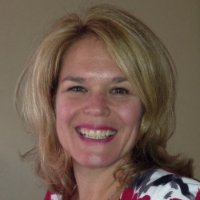 Kim Redmon, President of KAR Consulting, Inc., founded the company in 2010. As Founder & President, her goal is to aid financial advisors in transforming and shaping the future of the their business models. KAR Consulting focuses on the real issues, problems and opportunities in transforming the FAs practice from a transactional business model to a true advisory model with tangible results. KAR Consulting represents the culmination of Kim’s unique advisory industry experience with over 17 years at Morgan Stanley (and it’s predecessors). Most recently, Kim was an Associate Divisional Director for Consulting Group (CG) at MS where she had oversight for a 17 state division. She created and delivered sales and training programs and strategy to increase assets in advisory, to increase the return on those assets by pricing appropriately, and to increase the participation of advisors in advisory programs.

Kim started her career in 1993 at Smith Barney Shearson in Northern CA as an Investment Analyst for two elite advisory teams. Her focus was on portfolio performance measurement, asset allocation modeling, portfolio optimization, asset manager research and client relationship management. She continued in her role as an Investment Analyst with a move to the Chicago area and ultimately became the Midwest Divisional Analyst for Consulting Group before taking on the role of CG Regional
Director where she was responsible for advisory sales and distribution for 3 states with 700 advisors. Consistently ranking #1 in new assets to advisory, retention of assets in advisory, and new product sales, Kim was named CG Regional Director of the Year in 2006.

Kim is widely recognized in the advisory services industry as a leader and regularly speaks at national and regional meetings as an authority on the topic. She received her BS degree in Math from Arizona State University and the CIMA© (Certified Investment Management Analyst) designation from the executive program at Wharton.

Sorry, the comment form is closed at this time.