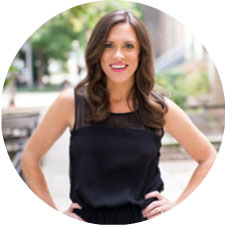 Whitney Reynolds’ news background and passion for people have been combined to create a show that is changing the world of talk TV. She produces a program that is dedicated to tough topics, inspiring viewers and provoking positive change.

The Whitney Reynolds Show educates, motivates and makes a difference, one topic at a time. What started as an online talk show, The Whitney Reynolds Show gained momentum quickly and moved to NBC within its first year. In 2012 the show made strategic changes, which included a move to PBS Stations in Chicago and The Quad Cities. This year the show show gained a weekly night spot on LAKE PBS in Chicago and also signed with the Tribune Content Agency. Whitney contributes on “The Weekly Show” on 103.5 KISSfm/ 95.5 BIG/ 93.9 Myfm with her segment, “Whitney’s Women.” This segment spotlights female entrepreneurs that give back.

Originally from Oklahoma, she’s learned how to combine southern charm with big city hustle. Her motto is: if the door closes, there’s always a window. Whitney graduated from Baylor University in three years and then moved to New York to intern for Good Morning America. Post GMA, she was a morning anchor in both Oklahoma and Texas. She has since planted her roots in Chicago, and lives in the Lakeview neighborhood with her husband David and dog Puffy. When not on air you’ll find her promoting her affordable jewelry line “Accessory Mercado By Whitney Reynolds” and volunteering with organizations close to her heart.