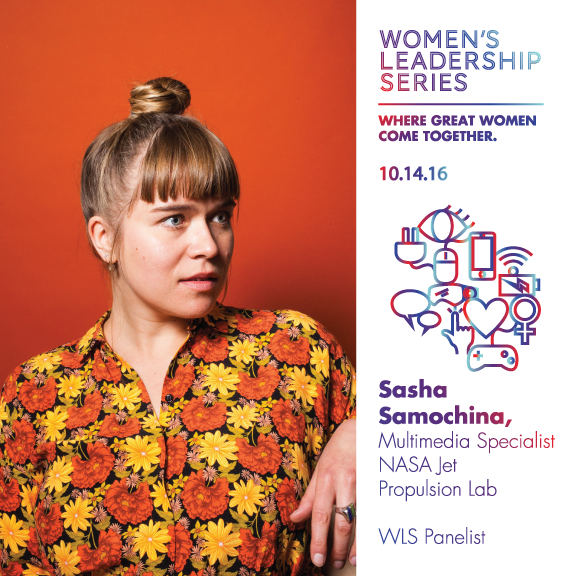 Sasha Samochina is a Multimedia Specialist at NASA’s Jet Propulsion Laboratory. She joined the media relations team at JPL in June of 2015, dreaming up words, GIFs and short videos for social media, later inspiring her to explore the world of 360 video. Sasha received her Bachelor of Fine Art degree at the School of the Art Institute of Chicago in film, video and new media. She’s originally from St. Petersburg, Russia. She loves all things digital, animal, sound, space and views the world through VR-colored glasses.